In November 2003, the Court ordered a study of the mercury in the Penobscot River 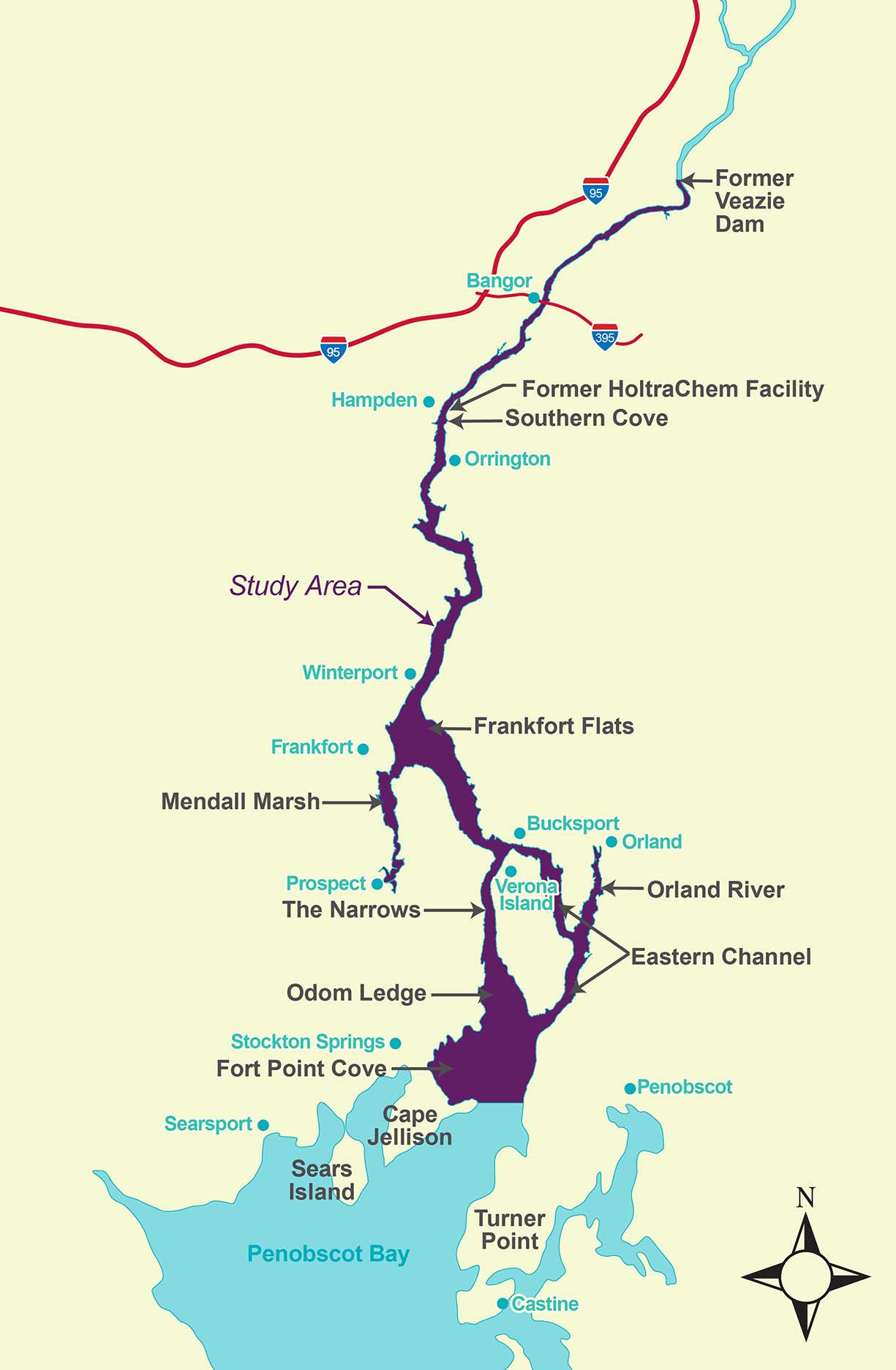 A unique feature of the Phase III Study Area is Mendall Marsh, which is located on the west bank of the Estuary near the towns of Frankfort and Prospect. Mendall Marsh is a state-designated wildlife management area. This salt marsh acts as a nursery for fish and wildlife. For example, some bird species, like the red-winged blackbird, reproduce in the marsh before moving out to other habitats. The marsh also serves as an important migration stop where a variety of bird species congregate in the fall before heading south or overwintering in the marsh.

The shape of Mendall Marsh, similar to that of a funnel, results in some unique characteristics. The marsh is partially fed by the two branches of the Marsh River that flow into the Estuary. A point of land that juts out protects the marsh from the River’s direct flow; however, water from the Estuary carrying sediment containing mercury still enters the marsh on the incoming tide. Once deposited, it is believed that sediment tends to remain in the marsh. The shape of the marsh and the seasonal variations associated with the tides could make the marsh a sediment trap. This is being evaluated as part of the Phase III Engineering Study.